Become the speaker and leader you want to be. 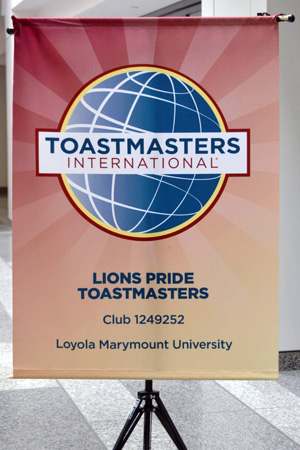 Toastmasters will show you how to:

Enhance your communication and leadership skills

Practice your public speaking and leadership skills in a friendly, supportive environment with people who are there for the same reasons you are - to be better communicators and leaders. Members include colleagues from ITS, Campus Ministry, Academic Affairs, Payroll and Marketing and Communications.

Anyone interested in attending our meetings can reach out to Eva Cruz-Aedo (Club President/VP of Membership) at Eva.Cruz-Aedo@lmu.edu or Beverly Clayton (VP of Public Relations/Treasurer) at Beverly.Clayton@lmu.edu.

Meetings are held every other week. Schedule to be announced.